To view the full details

You may view the listing for any property exclusively represented by Sotheby’s International Realty without further action.

In addition, you may create an account to gain access to all of the available listings in New York City.


Listing Courtesy of:
Brown Harris Stevens
mes1448236800
This material is based upon information which we consider reliable, but because it has been supplied by third parties, we cannot represent that it is accurate or complete, and it should not be relied upon as such. This offering is subject to errors, omissions, changes including price or withdrawal without notice. EQUAL HOUSING OPPORTUNITY 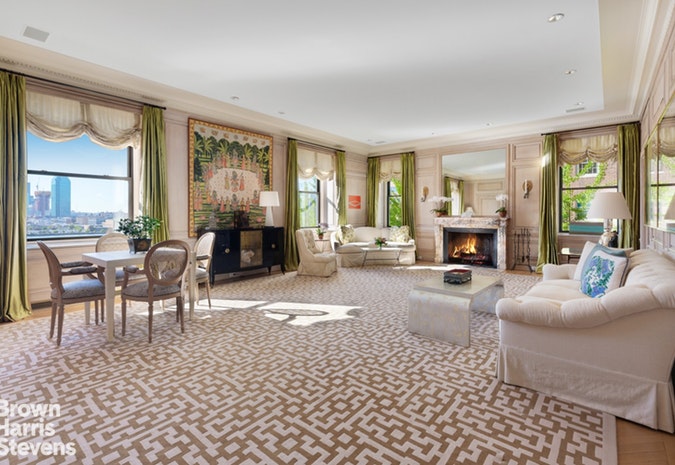 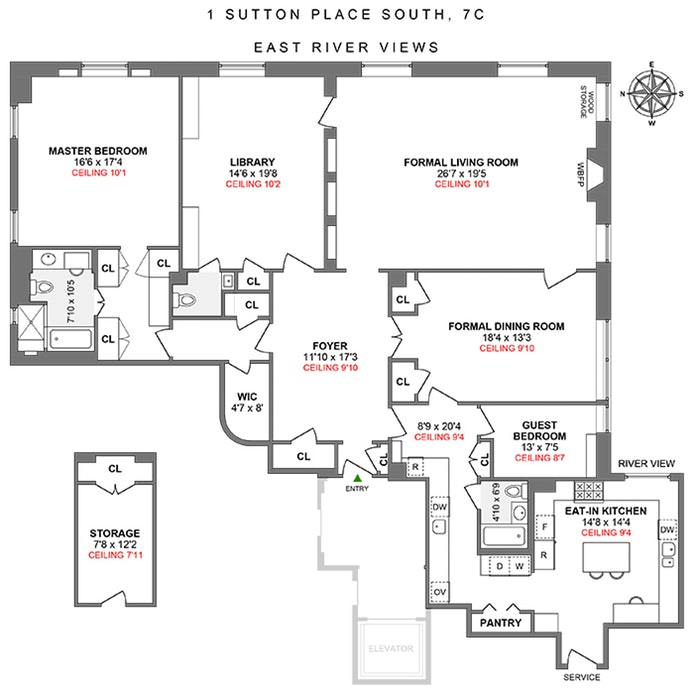 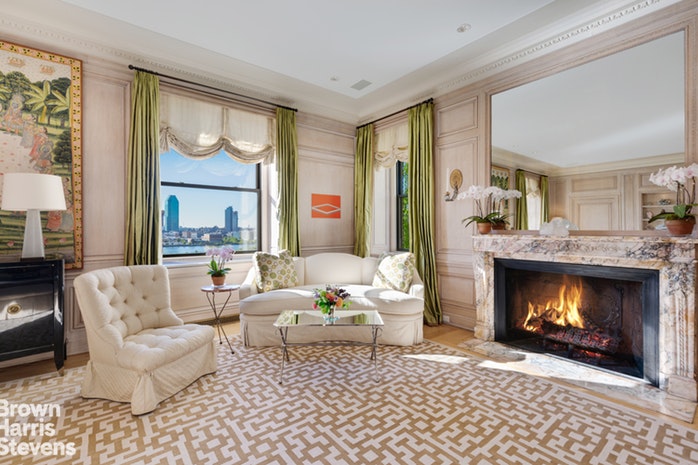 2
BEDROOMS
2.5
FULL BATHS
1 Sutton Place South | 7C
1 Sutton Place South | New York, NY 10022
TWO WOMEN, ONE VISION Originally developed in 1875 by Effingham B. Sutton, Sutton Place became fashionable in 1920 when two visionary heiresses chose to leave their Fifth Avenue mansions to build their own homes in an enchanting, new location overlooking the East River, engaging acclaimed architect Mott Schmidt. Anne Harriman Vanderbilt, the younger daughter of Mrs. William K. Vanderbilt, Sr. was married in her parents' home at 660 Fifth Avenue at 51st Street. Anne Tracey Morgan was the youngest daughter of J.P. Morgan, the most powerful industrialist of his time. Other luminaries soon followed their lead. ONE SUTTON PLACE SOUTH In 1927, the Phipps family discovered what Vanderbilt and Morgan found so appealing about this elegant area and set out to build One Sutton Place South. Henry Phipps, Jr., the patriarch, grew up with Andrew Carnegie and later became Carnegie's business partner in The Carnegie Steel Company. The Phipps Family engaged Rosario Candela, at the peak of his career having designed 960, 834, and 1040 Fifth Avenue as well as 740, 770, and 778 Park Avenue. In combination with the firm Cross and Cross, Candela was to create a 14-story apartment building with the structural system of a skyscraper: the building was completed in one year. Originally it was topped with a 17-room penthouse for Amy Phipps with 6,000 square feet of terraces. The New York Times of November 20, 1927 reports that "Mr. and Mrs. Vincent Astor occupy a 12-room apartment on the 12th floor." Other residents in subsequent decades have included Bill Blass, Janet Annenberg Hooker, John Fairchild, Marietta Peabody Tree, and Patricia Kennedy Lawford, the sister of President John F. Kennedy. UNIQUE BUILDING FEATURES This building is positioned on the eastern side of Sutton Place South directly overlooking its own gardens and the fascinating currents of the East River.  ... more on SOTHEBYSHOMES.COM/RPLU21919631882
SOTHEBYSHOMES.COM/RPLU21919631882 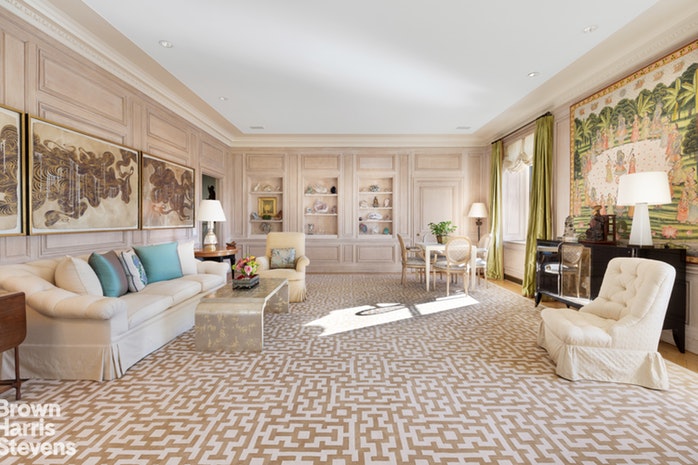 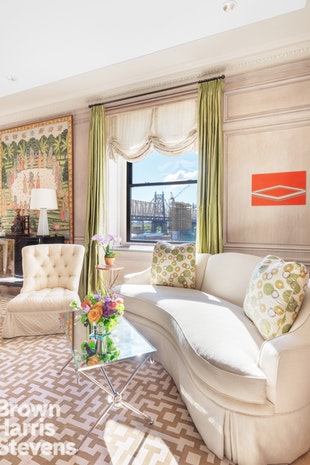 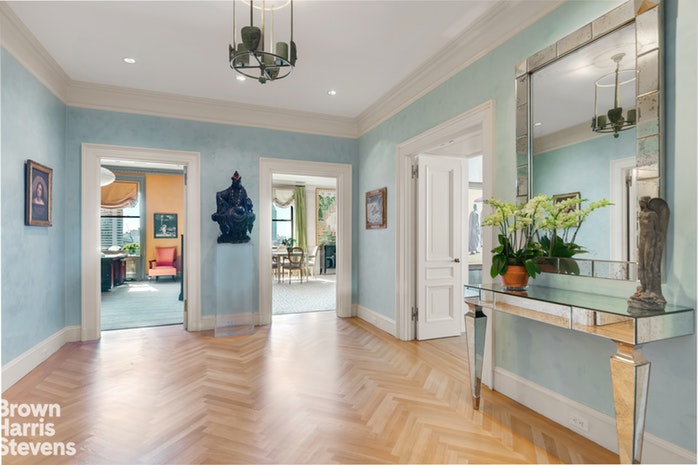 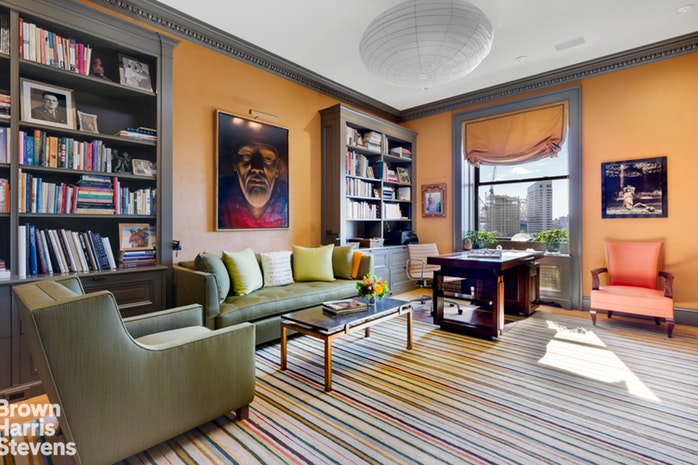 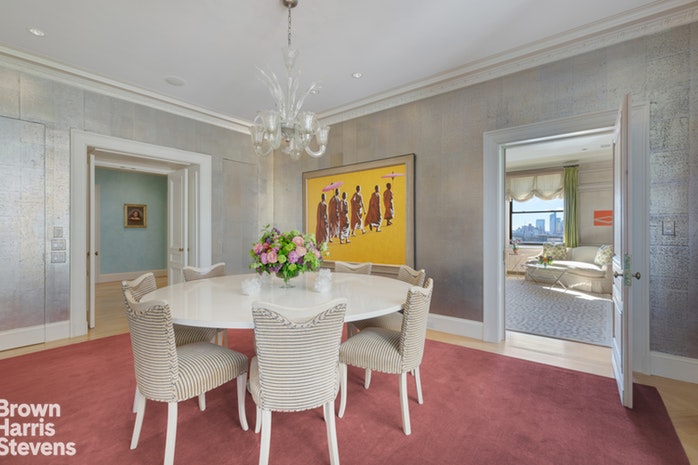 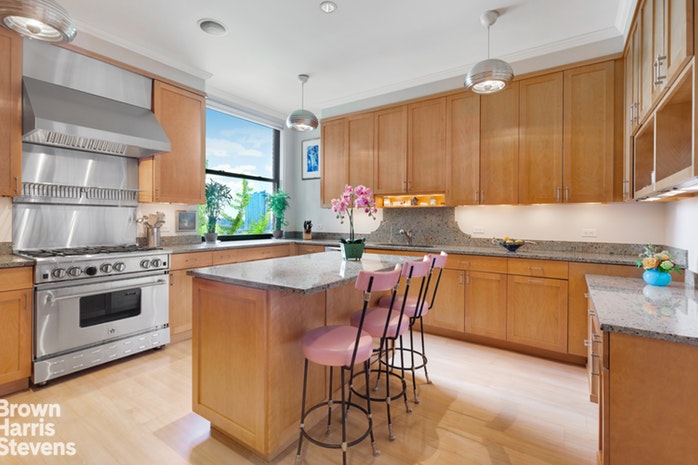 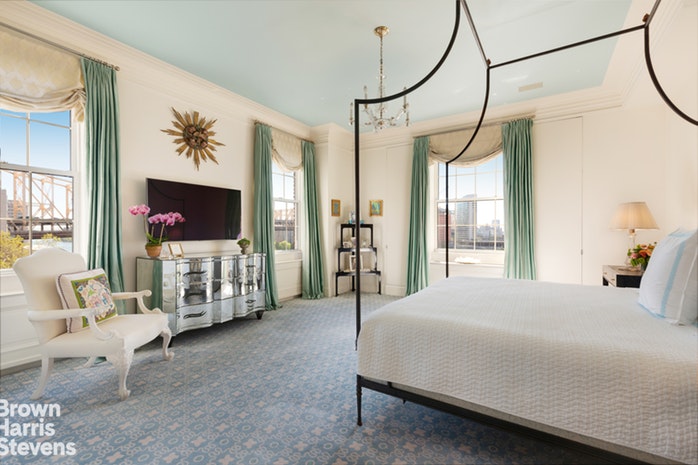 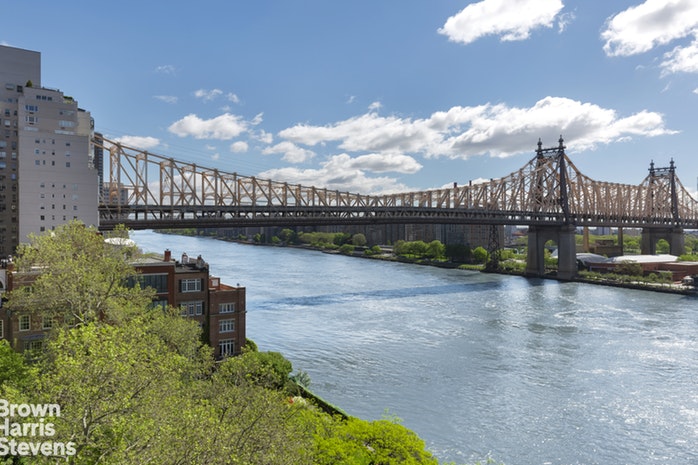 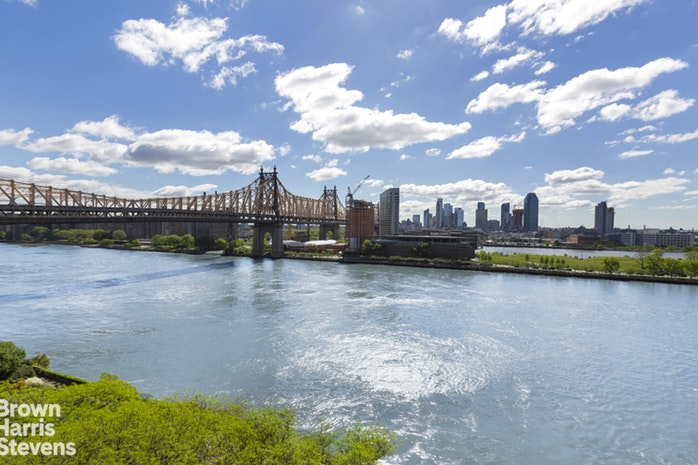 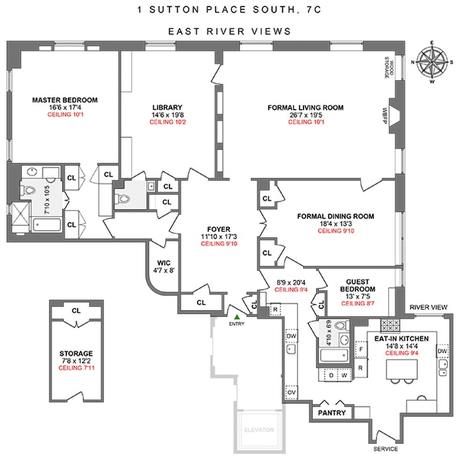